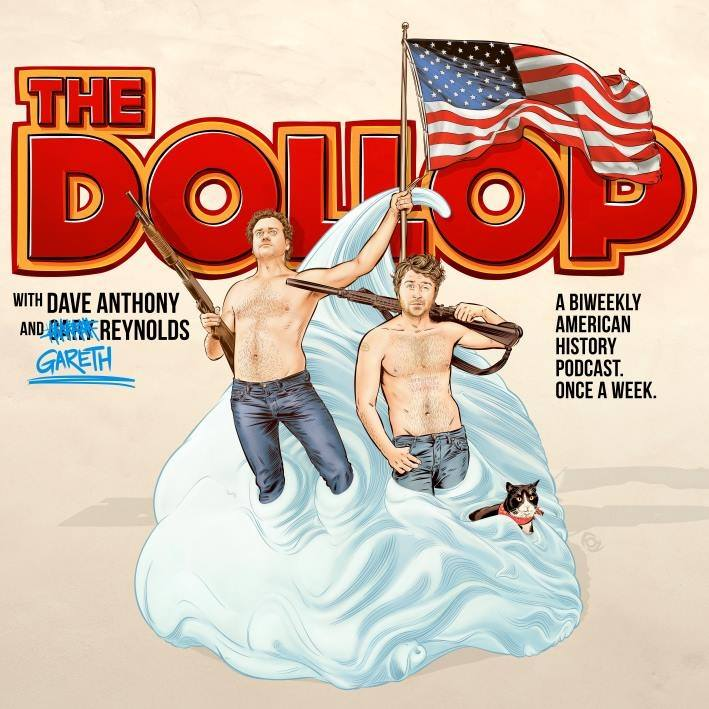 Artist Info
The Dollop
The Dollop is a US history podcast with comedian hosts Dave Anthony and Gareth Reynolds. History buff Dave decided to turn his hobby into a podcast. Each episode he reads one weird and disturbing story from the American past to Gareth, who has never heard the tale. Gareth's hilarious reactions are why The Dollop is in the top 20 downloaded comedy podcasts in the US, Canada, and Australia.
Dave Anthony

I'm an American stand-up comedian, writer, actor, and podcaster. I've lived and worked in San Francisco, New York City, and currently reside near Los Angeles with my wife, Heather, and our son, Finn.

I have a history/comedy podcast called The Dollop, which I co-host with comedian Gareth Reynolds. The Dollop has been in the top 20 downloaded comedy podcasts in the US, Canada, and Australia for the past couple of years.

I'm was an actor and writer on Maron on IFC. I most recently wrote for Deadly Class on Syfy.  I've also acted in many commercials and other television shows, including Arrested Development, The Office, and VEEP.

I've performed stand up comedy on the Jimmy Kimmel Show, The Late Late Show, Comedy Central and a few other things that don't need to be mentioned because this is getting long.

Oh, and buy my albums Shame Chamber and Hot Head on Bandcamp, iTunes, and Google Play